When we tell stories through media like movies, television, and theater, we are not only seeing the story, we are also hearing the story. Characters use their voices, music helps set the mood, and sounds (ones we might not even notice!) give us important information. From a rooster crowing, to the ominous squeak of a door, sounds tell us a lot about what is going on!

Behind the Sounds
An Interview with a Foley Artist: Alyson Moore 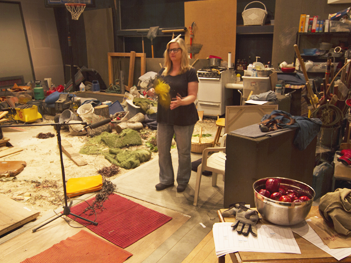 Alyson Moore is a foley artist, someone who creates sound effects for films, television shows, commercials and video games. The sounds are made in sync with the picture so timing must be perfect and fit seamlessly into the production sound. If they do their job correctly you don’t even notice it! Alyson has worked on many movies that have won Academy Awards for Best Sound, as well as movies like “Frozen!”

We love meeting people like Alyson from our community and hearing more about what they do for a career! When children hear stories from others about their jobs and work, it helps them explore and construct ideas about what they might be able to do, both now and in the future! Here is our interview with Alyson Moore, to learn more about her unique career as a Foley Artist:

What is a “foley artist”?

A foley artist is someone who creates sound effects in sync with what is happening on the screen. They do not use sound effects from a library, but instead perform them live on a foley stage.

How do sounds help tell a story?

Sound effects like thunder or hollowing wind can make you feel scared just like a squeaky snowman from “Frozen” or a large rubber Bot from “Big Hero 6” can make you laugh!

What are some of your favorite sounds to recreate?

I love to make sounds for animals like dog and cat footsteps. I also love to work on animation because I get to create sounds for things that don’t already come with a sound, like Olaf in “Frozen!” 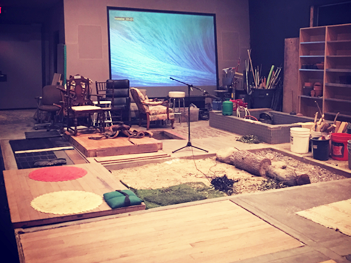 What are some of your favorite materials/props to use?

Do you need special equipment to make or capture the sounds?

You need a good microphone and a really quiet space to work in. Other than that, you just need a good imagination!

What advice would you give to someone interested in learning more about how to become a foley artist?

If you want to be a foley artist you should really start to listen to what things sound like and why they sound like that. The sound of a twig snap, the crack of an egg, the sound of creaky snow, what might you use for those things if you don’t have them handy? These are the things that I would use instead of using the actually prop:

Thank you for sharing with us Alyson!

What are some sounds that make you laugh, surprised, or nervous? Can you think of other careers or jobs that might involve understanding or making sounds? How might a mechanic use sound? What about a doctor? A musician?

—
Alyson Moore has worked on many films that have gone on to win Academy Awards for Best Sound Editing including “The Dark Knight” and “Inception.” Other notable films she’s on are “Frozen,” “Crazy Rich Asians,” “Interstellar,” “The Curious Case of Benjamin Button,” and various video games such as “Halo 5: Guardians” the “Arkham” series and the Star Wars game “Fallen.” She currently serves on the Board for the Motion Picture Editors Guild.

Moore also enjoys speaking to film students and teaching them how important Foley is to their student films and future film projects. She has spoken at USC, The Art Institute and TIFF. She was fortunate enough to win an Emmy Award in 1997 for her work in “The Shining” and then again in 2019 for the HBO show “Barry.” 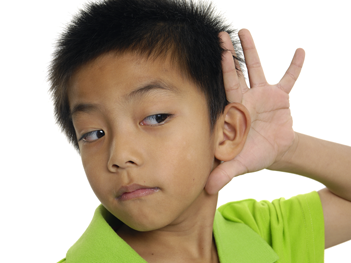 In this scavenger hunt, hone your hearing to discover sounds. Explorations like this build auditory and cognitive connection, and reveal to us that different sounds have different meanings. Careful listening also supports speech development, especially when paired with trying to reproduce the different sounds – which is just good silly fun. As an added bonus, this will start building a sound library for future for storytelling!

Turn Up the Learning 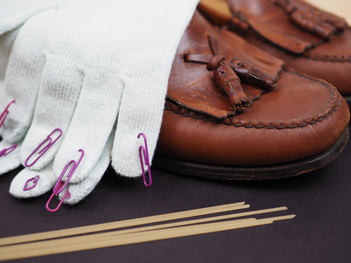 Ready to try your hand at foley? We’ve written a special script just for you and your family to work together on producing. Projects like this take everyone working together to make it happen, and promote teamwork and collaboration. They also are a fun way for kids to practice organization, as they help assign roles and set up the sound effects.

This activity is based on radio plays, stories meant to be told using only sound. Created about 100 years ago, radio dramas reached their heyday in the 1940s, before televisions became more accessible. Today, their closest equivalent is probably a podcast. The technology has changed, but the challenge still remains – can you tell a story using only things like voices, sound effects, and music?

To view all our Halloween blogs and more, click here.